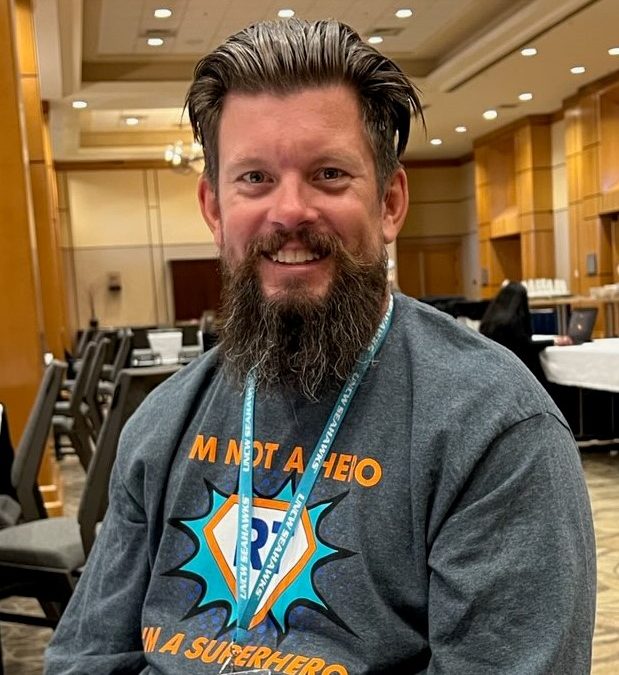 He is currently a senior at the University of North Carolina  Wilmington and the president for the association of recreation therapy students.

Jason is also Lean Six sigma green belt trained, this is significant as he can improve performance, eliminate waste of resources and remove defects that can be harmful to an organization and/or customers. Ultimately improving customer satisfaction.

He hopes to accomplish other certifications such as:

Jason served the US Marines for 17 years.
He started to experience back pain. He received a lot of physical therapy, scans, radio frequency ablations, and core strengthening.
After a radio frequency ablation in September of 2016, he started to experience pain in his leg.
A neurosurgeon explained that he needed surgery.
Jason refused as he was due to go on a ship for deployment. Once home from deployment his vertebrae was separated 11 millimeters forward, surgery was scheduled.
Upon getting surgery it was 13 ¾ forward.
After 2 rods and 4 screws the vertebrae was moved back to 9 millimeters which is still 3 to 4 millimeters more than average. Upon waking up in the hospital his leg was three times the normal size and a different color. His pain was being controlled with a morphine Drip.
The next morning he was in the ICU going through a six hour procedure. An exploratory Inferior Vena Cava (IVC) filter was placed, they found that the main artery in my right leg was leaking into my left vein so  blood pressure going into the left leg, blood was coming in but nothing was exiting, so the left leg continues to get bigger and bigger.
They found out this was not due to a blood clot so they removed the filter, Jason was sent home with blood being controlled by pain medication. The next morning he woke up and once again his leg was  getting bigger again.
He went to the hospital, and they put in another filter, put him on blood thinners, had another procedure, they noticed that two stints that were placed previously were sitting on top of his vein causing it to dimple and clot. They removed these stints and  the IVC filter was again removed.
He went to the ER less than a week later due to chest pain, the hospital labeled this as a chemical heart attack which as absurd because he was young and active. He completed a stress test, and a cardiogram.
They found a leg of the vena cava filter that was removed with multiple attempts. It was an intense procedure and he could feel them in his heart. After this procedure Jason became active once again, doing things like cycling, rifle shooting, seated volleyball, wheelchair rugby, and participating in DOD warrior games.
In 2020 he retired and applied for school. In his essay he wrote that he wanted create a wheel chair basketball team even though he was going for business administration and supply chain management.  100% of his back pain was from being of service.
He did not hear about recreation therapy prior to  military but learned that some of the most inspiring people in his life were recreation therapists, after he told them of what he aspired to be.

In five years Jason would like to provide advocacy to ATRA. He sees himself being on the board of ATRA.

In the next year, He is hoping to be at the VA , working for the warrior games,  or working in the marine core.

He would like to see recreation therapy everywhere. Especially in the school system; His wife is a teacher and she sees first hand how much it is needed. The school system has other therapies. However, theses systems are missing the biggest part, that puts it all together for the Child’s wellbeing and ability to succeed
His dream is to see recreation therapy in school systems, to share the benefits of adaptive sports, which was pain managements for him, and to advocate for programs