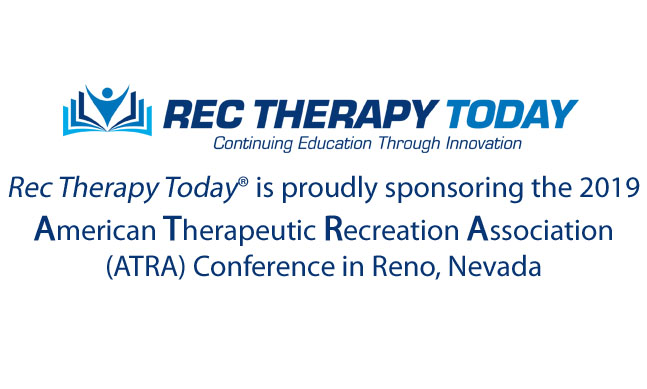 Attendees will receive a Rec Therapy Today® notepad in their ATRA conference bag!

Our history with ATRA:

Danny Pettry, the founder of Rec Therapy Today® has a long history with ATRA.

Pettry first joined ATRA in 1999 as an undergraduate student.

Pettry has been recognized by ATRA for several awards and projects:

Pettry has written articles for the ATRA newsletter.

This year, Pettry is sending a donation to ATRA to allow two (2) students to have their first ATRA membership.

ATRA is an organization that is funded by membership dues.

An increase in revenue means the association has more spending power to advocate and represent the interests of rec therapists.

Disclaimers: Danny Pettry has not been elected to the ATRA board. Pettry doesn’t run for ATRA board positions at this time to prevent any conflict of interest due to operating Rec Therapy Today. Pettry is not a hired spokesperson for ATRA. Danny Pettry is a Lifetime Member of ATRA, who is passionate about our profession, who fully supports ATRA initiatives.