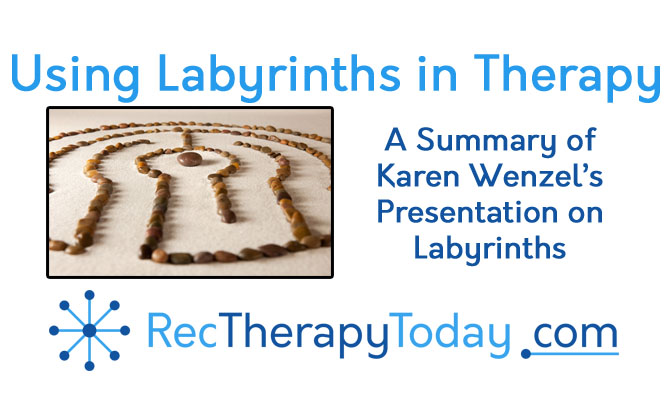 Danny Pettry has been a good-standing member of ATRA since 1999. Pettry is not a hired spokesperson for ATRA. Pettry is not an elected ATRA Board member. Pettry is a Lifetime Member of ATRA who volunteers his time to assist with several ATRA committees.  Note: Danny Pettry provided his best efforts in summarizing this session. Danny Pettry’s review, views, and interpretations of this training session might not be the same views of the presenter or ATRA. 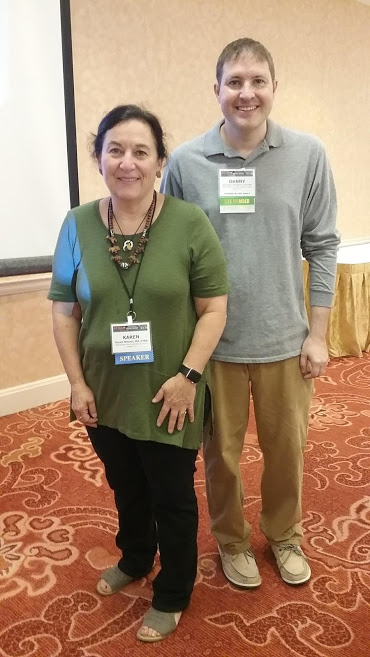 Danny Pettry had an opportunity to attend this pre-conference session with Karen Wenzel. This blog entry is a summary of Wenzel’s presentation.

History of the Labyrinth:

The labyrinth symbol is used in many cultures.

A labyrinth is not a maze. It is one path. There is only one way in and one way out.

The children’s game Hop Scotch may have been inspired by Labyrinth’s.

Here is a TedTalk by Eliza Pillsbury titled: Finding Meaning, not Minotaurs: A Beginner’s Guide to Labyrinths.

Danny Pettry: Karen played a brief video. I regret to say that I didn’t write down the video she presented. It may have been the one provided below:

Wenzel discussed a lavender labyrinths that provide a mix of aroma.

People who walk these use them for gratitude, prayer, and meditation.

Many people find them relaxing.

Exercise: a full labyrinth is 1/3 of a mile. There are positive aspects after a walk.

Wenzel shared that there are three decades of research. It is a mindfulness based technique. There is plenty of research on mindfulness.

The American Psychological Association in Washington D.C. has a labyrinth on the roof for the public.

Some ways to use labyrinths:

Community re-integration outing to a local labyrinth can be beneficial.

One could be created for a group room using painter’s tape.

Finger labyrinths can be used as well. It consists of taking your finger along the path (into the center) of the labyrinth and back out.  Light music could be played.

Danny Pettry: I ’d even suggest having younger children color that path in with one color (like yellow) and coloring the path back out with another color: like blue) 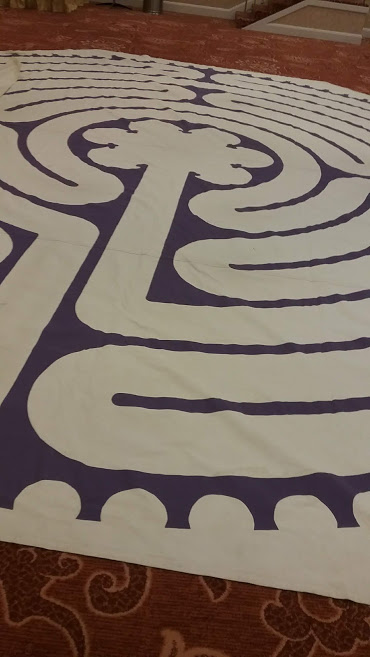 My experiences: I enjoyed it. I took one step at a time. I found it a great way to distract my mind from all of the other worries in the world. I was focused on one thing (the moment) and it provided some stress relief. I didn’t set an intention when walking the path. I passed people walking out of the labyrinth who had entered before me. I walked close to people alone the path who were walking in different directions. I had abstract thoughts: all people enter life (the labyrinth) at different times. I briefly pass by people in life at different intersections (childhood, adolescents, and young adulthood). People are on their own paths in life. And I must walk my own path and make it purposeful. (Those are just my thoghts).

Karen Wenzel shared several books and cards on the topic.

Some resources can be found here: 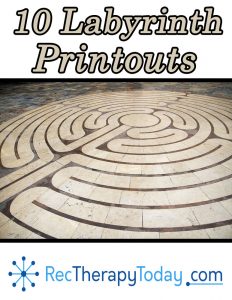