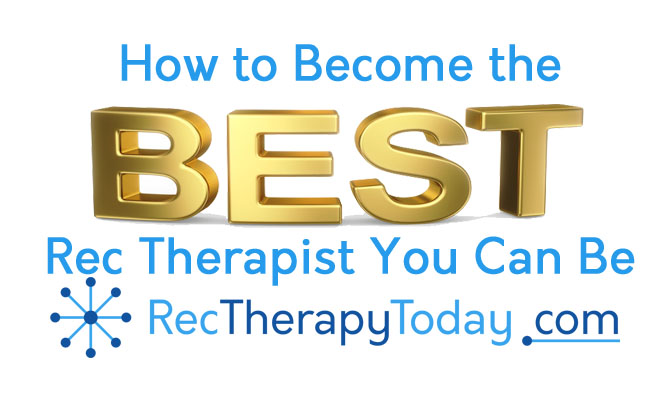 How to become the best rec therapist you can be

A Book Review of: The Dip by Seth Godin

This book review was originally posted at my myspace account blog in 2007. Many posts were lost there.

Most people argue against quitting. Winston Churchill said, “Never, never, never give up” at a commencement ceremony in the United States after World War II. Legendary football coach Vince Lombardi said, “Quitters never win and winners never quit.” More recently, Ice Cube raps the lyrics, “You can do it – put your back into it.” ”

Godin (2007) suggests that a person must quit things or activities and make sacrifices in order to become the best at one thing. Here is an example: Tony Hawk, the most prominent and well-known professional skateboarder quit playing baseball at the age 14. This was a tough choice because Hawk’s father was the president of the little league (StarPlus, 2008). Tony Hawk was considered “the best” skateboarder in the world at age 16 (Hawk, 2008). Hawk has entered 109 professional contests and has won 73 and placed second in 19. Today, he has his own line of clothing, skateboards, and skateboard videogames are named after him.

Godin (2007) reports that number 1 is rewarded ten times that of number 10. There is evidenced of this everywhere: ice cream sales, bestselling books, movies at the box-office, and models on the covers of magazines. The best get the rewards.

Being the best recreational therapist would open up opportunities. Those with the best experience, skills, and training on their resume will land an interview. Those with mediocre skills and abilities will get screened out before an interview.

Are recreational therapists, as a whole giving up? The number of American Therapeutic Recreation Association (ATRA) members is decreasing. Dr. Bob Riley and Dr. Peg Connolly (2007) reported that there are fewer graduates in therapeutic recreation who are sitting for the national certification exam. Riley and Connolly (2007) also noted that there is a growing number of Certified Therapeutic Recreation Specialists (CTRS) who are not renewing their certification to practice. Allied health professional associations have also reported a decrease in number of members. The decrease involvement in groups is a common trend according to Robert Putnam (2000) in his book “Bowling Alone.”

Godin (2007) suggests seven reasons why people give up on becoming the best in the world.

g.) lack of talent or skill.

Do any of these sound familiar to you?

Have you lost the interest in your profession?

Are you truly committed to your profession?

Are you still willing to develop your talents and skills?

Godin (2007) identified three curves in the pursuit to becoming the best. Here is a brief overview of Godin’s three curves:

a.) The Dip: Godin argues that things start out fun at first. People praise the individual, in example: “wow, you’re going to learn to play guitar.” The dip gets tough and requires extra effort in order to get to the top. There are fewer people at the top who have pushed hard to get there and they are rewarded well for it. Examples include: music artists who get record deals. Success requires “sticking with it.”

b.) The Cul-de-sac: Godin (2007) reports that this is a French word for “dead-end.” Godin (2007) argues that there is no use in wasting time and energy on a pursuit that is a dead-end. In example: “
Never, never, never give up” is bad advice for the salesperson who sales music on cassette in the age of iPods. Quitting a “dead-end-path” is a good choice. Quitting Medical School could be a good choice. Godin (2007) points out that best-selling author Michael Crichton, a graduate from Harvard Medical School quit his career as a doctor in order to follow his passion and interest in becoming an author.

c.) The Cliff: Godin (2007) claims that this is rare. It slowly raises and then suddenly falls. This is rare. Godin explains that no one quits the marathon when she sees the finish line.

In the (1991) movie The Pistol, The Birth of a Legend, Press Maravich talks about quitting when he says: “Now if you’ll forget about the girls and cars and listen to me you can accomplish things that you never thought were possible… if you’ll dedicate yourself to becoming better.” He was referring to becoming great basketball players. Pete Manavich also suggests “quitting” to Sandy a girl at school who he likes. Pete asks her “Why be an actress unless you are going to be the best in the world? Whoa, lookout, Marilyn Monroe!” Pete is hinting that Sandy could be the next best actress if she wants works for it.”

a.) Are you settling for being the mediocre recreational therapist?

b.) Are you working towards becoming the best recreational therapist you can be?

Is That the Best You Can Do?

Click here for self-study CEUs — helpful and convenient to use. Learn. Grow. Be your best.

Godin, S. (2007) The dip: a little book that teaches you when to quit and when to stick. New York: Penguin Group.

Riley, B., and Connolly, P. (2007, March) Growth and retention of new graduates in the profession of recreational therapy. Presented at the American Therapeutic Recreation Association (ATRA) mid-year conference. Washington, D.C.