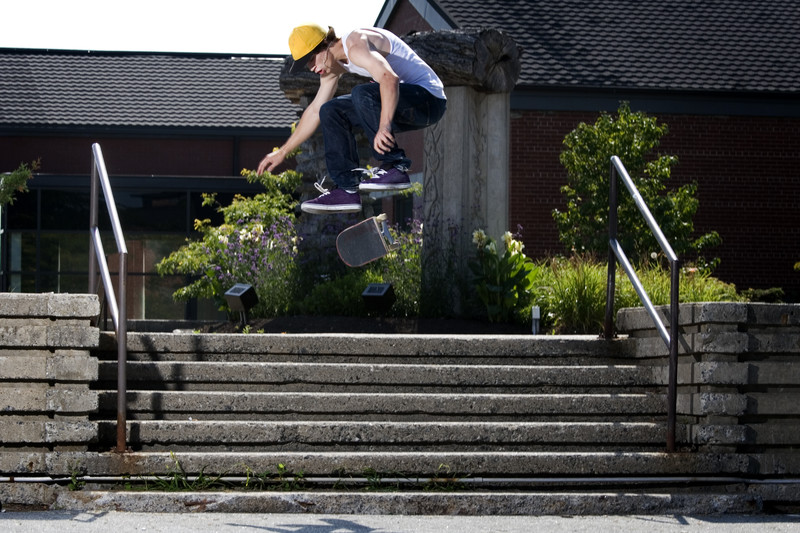 Skater in pictures is NOT Danny Pettry.

Skateboarding was my passion during my teenage years (mid to late 90s).

I loved skateboarding. I was a bit obsessed with it.

I ran track. I liked running. I played soccer in my early teen (early 90s), but my heart wasn’t fully in those activities.

Skateboarding was my heart and soul.

Most of my friends were skateboarders.

I watched skateboarding videos (on VHS) because it was the mid to late 90s.

We didn’t have iphones and technology like we do today – so my best skateboarding wasn’t recorded. I had a goal of creating a skateboarding video with my friends to show off our skills.

How does skateboarding relate to what I do now as a therapist? As a blogger? As a trainer?

Skateboarding is a self-motivated sport. There aren’t coaches. You’ve got to make up your mind that you’re going to do it and go for it. There is no boss to check if you’re doing or it not. It is very intrinsic.

Skateboarding becomes easier with connections. My favorite motivational speaker, the late Jim Rhon argued that people are an average of the five people who they spend most of the time with. As my skateboarding reference group increased, so did my skater skills. The same goes with professional skills. It is important to develop connections. I’ve been able to connect with leading recreational therapists from around the world through my blog. My suggestion is to network with as many experts as you can in your specialty focus in rec therapy.

My mother’s complaint (during the 90s) was that skateboarding wouldn’t help me in academics and school and getting a job (like other school extracurricular activities). I disagree. I think skateboarding applies a lot to real life.

Skateboarding is about self-expression and becoming your best. It is also about falling. It happens. A skater gets back up and does it again and gets better until the trick is mastered. The same goes with being a rec therapist. I wasn’t the best therapist when I started.  I started slowly, doing an internship under supervision of a trained and experienced professional. I slowly grew better at my practice.  I’ve made mistakes in my work. I’ve got knocked down (making mistakes and getting in trouble) and yet, I’ve got back up (got right back to work) and started improving.

I stopped hardcore skateboarding around 1999. I continued to skate low-ground, easy tricks during my college years at Marshall University (Huntington, West Virginia). The last time I went skateboarding was in 2006 at the age of 26.  I’ve got on the board a few times during the summer at family picnics to show younger cousins how to do a few tricks. I got on the board this summer (2018) to show my nephew a few tricks. I’m not as good as I once was due to lack of practice.

The same goes true for our profession. If a person doesn’t work in the field for five or ten years then their skills deteriorate. NCTRC requires a Certified Therapeutic Recreation Specialist to work at least 480 hours in the field over a five-year period. That number might be higher now.

Do you want to grow? Learn? Improve? Become a better version of you?

Click here for self-study CEU courses that will help you to learn, grow, and improve.