How I Started Online CEUs for Recreational Therapists 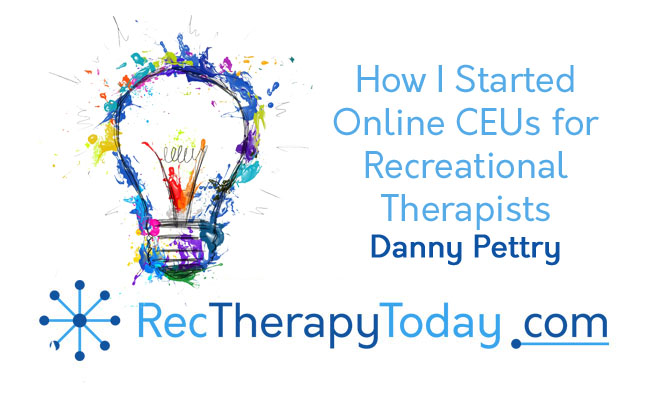 How did I conceive the idea?

There wasn’t any one event that happened.

Several seeds had been planted in my head from a mix of inspirations. I can’t point out a time when the idea just popped in my head.

Here are some of my inspirations:

And that’s how I did it.

I’m sure there were other elements that encouraged and inspired me as well.

But these were the seeds and elements that I remember.
I was influenced by other people and I believe my site and services has influenced many other businesses too.

Post below to let me know how DannyPettry.com has influenced you, your work as a recreational therapist, or your business.