How Taking Action is the Real Secret to Success 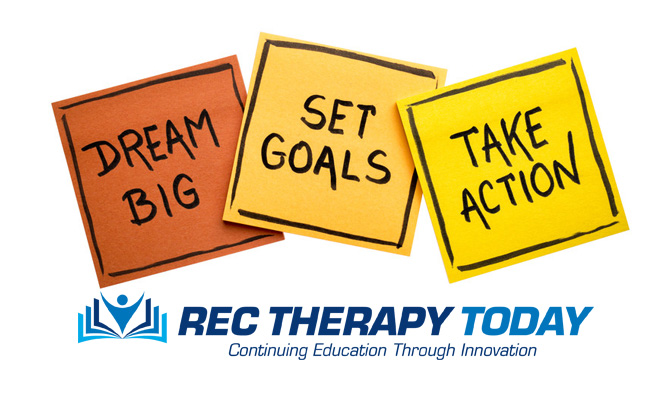 The Secret, a (2006) documentary about the Law of Attraction has impacted my life and my business.

The Law of Attraction consists of people attracting things in their life through their thoughts.

Many people who viewed the Secret thought a new car or a new clothes would magically manifest and appear in their garage or closest, respectively through mere thought alone.

Thought alone doesn’t do it. The secret ingredient is the word Action. It is noted that word “action” is in the word Attraction.

I picked up on the action part at about 28 minutes into the documentary. The woman wearing green, (shown in the picture below from The Secret) wants a relationship. She had just played beach volleyball with a group of people. The man in the background is now asking her to come join them after the game.

She was indecisive at first, but then she takes action. She goes for it.

I got it too. I knew I would have to get up and act towards my goals in life.

My life felt like a stuggle-bus in 2006. I had earned a Master’s degree in Recreation Therapy through Indiana University.  I had a lot of student loan debt. My car was getting old and word down. I didn’t receive a raise with my master’s degree. I wanted to teach courses to undergraduates in recreation therapy degree program at Marshall University, but they closed their program at the end of 2006. A woman I had previously dated got married that year. I felt like I was in an emotional bad spot.

I viewed the Secret. I had goals. I wanted specifically to be a Licensed Professional (because Rec Therapists are not licensed in West Virginia).  I wanted a new car. I wanted a graduate degree in Mental Health Counseling. I wanted to be an author. I wanted to start a business. I wanted things, but daydreaming and visualizing didn’t make them happen.

My professor, Dr. Ted Muilenburg in undergraduate school (circa spring 2002) said something similar to this:

First a Dream, then an Act, before the Dream becomes a Fact.”

My Results with Action:

Thinking about the things I wanted helped a lot. However, taking action was the secret to obtaining these things. 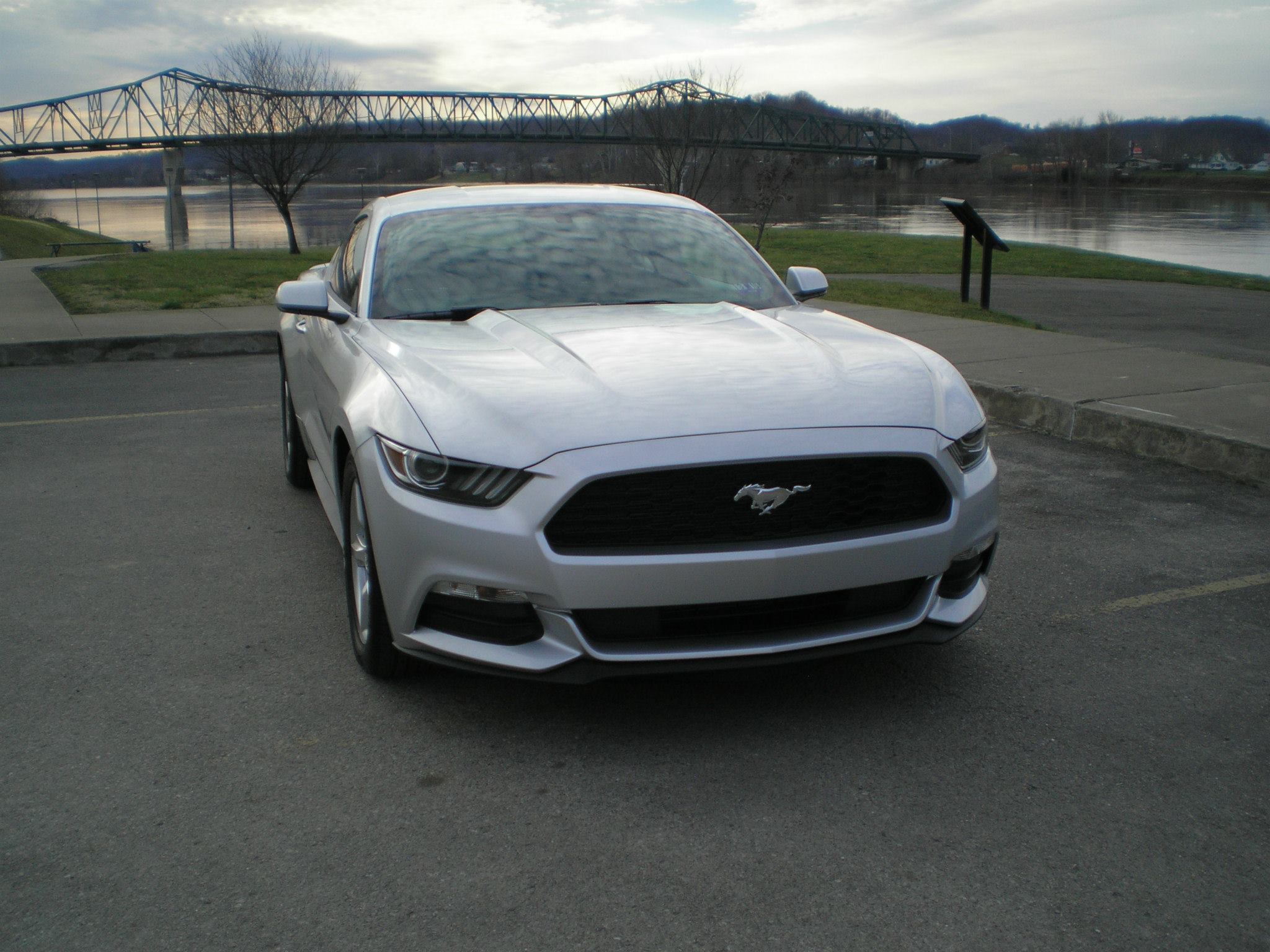 Enough about me and my experiences.

This blog entry is really about you and inspiration for you to take action to achieve the things you want to have, do, and be in life.

A Children’s Book on Taking Action might encourage you:

Trying is a 2020 children’s book written by Kobi Yamada with illustrations by Elise Hurst.

It’s about a young boy who wants to be a sculptor. The boy is in awe of the master’s great sculptures. He doubts his abilities.
but then he tries and he tries again. He keeps practicing.
You’ll have to read the book yourself to discover what happens to the boy.
I read this book to the teens at Psychiatric Residential Treatment Facility (PRTF) for treating dual diagnosis (addictions and mental health needs) in early March 2020 to illustrate the importance of taking action.

I wish he book would have been called, “Doing” instead of Trying. 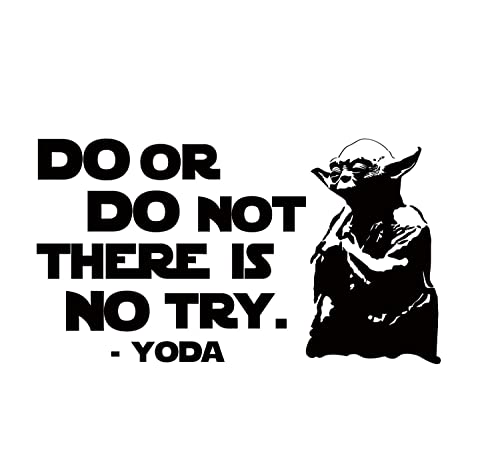 Action (Doing) Trying (Practicing) or whatever you want to call is needed tor manifestations to happen.

This cartoon demonstrates the difference between Thinking and Contemplating about it versus taking action and doing it. 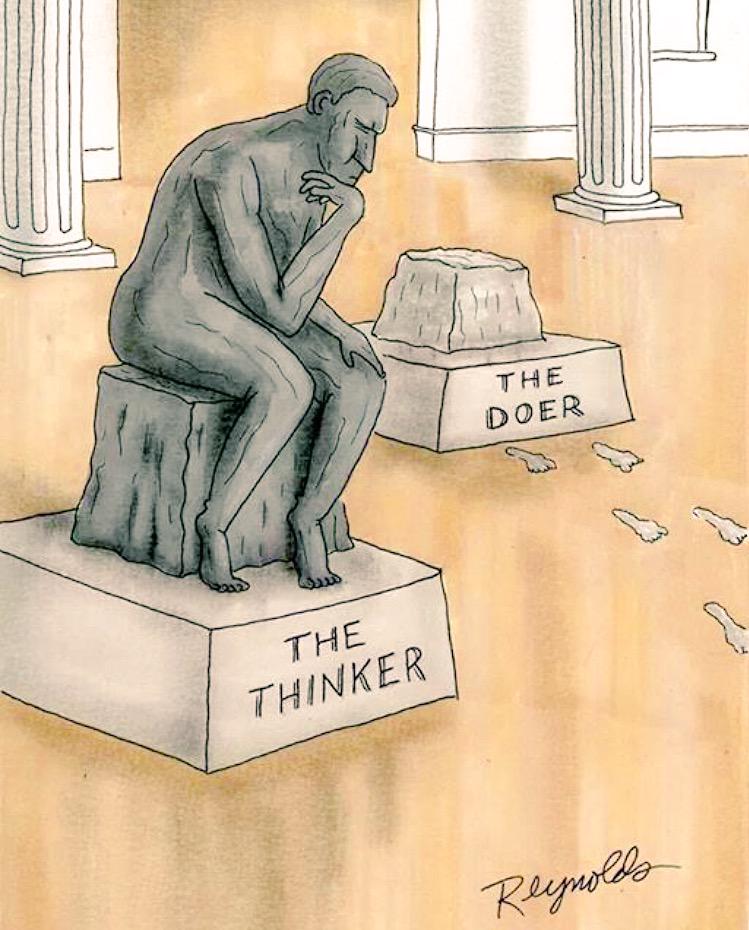 How much action is needed?

As many steps as it takes to reach the goal.

Malcom Gladwell in his best-selling book, The Tipping Point, argues that a person must put in 10,000 hours of dedicated practice in order to become world class successful in something like playing a musical instrument or ice skating.

It takes a lot of time and energy. 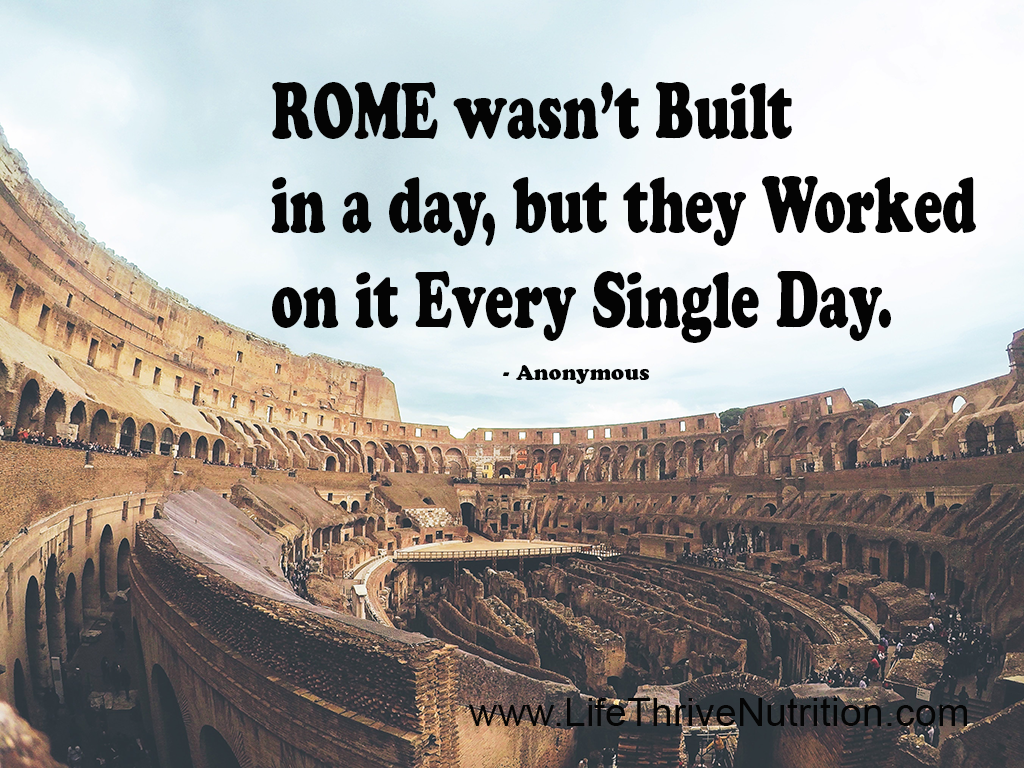 Small goals can be manifested quickly – like making a cup of coffee. 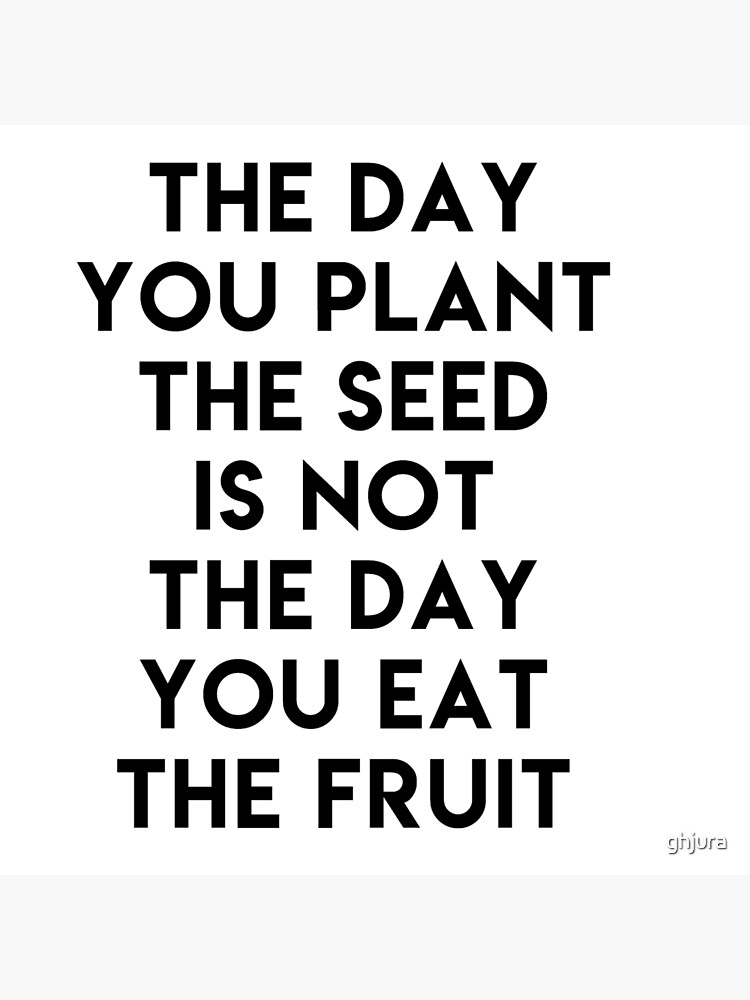 There will be ups and downs in the process. These will change like the weather. Some days are bad and some days are good. However, a person must persist in consistently taking action to reach their desired destination.

More Cliché  — a Journey of a thousands miles begins with the first step.

But also remember: Life’s a “journey” and not a destination. Enjoy the path. Have fun with the practice. Our time on Earth is limited and why wait until we achieve that goal to feel happy when we can choose to be happy and enjoy the complete path.

Here is the path: 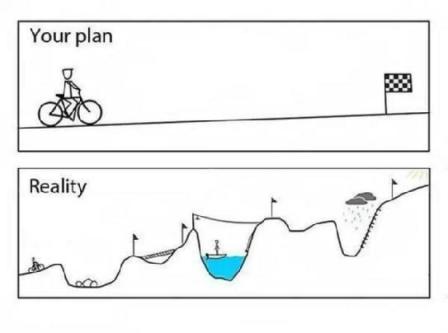 Some questions to think about:

Steven Covey suggests for people to being with the end in mind. Know your goal. Know your destination.

The Rabbit told Alice in Lewis Carrol’s Alice in Wonderland:

If you don’t know where you are going, any road will get you there.

Here are some questions to help you determine and decide what you want.

You can think all day about this, but you must take action. 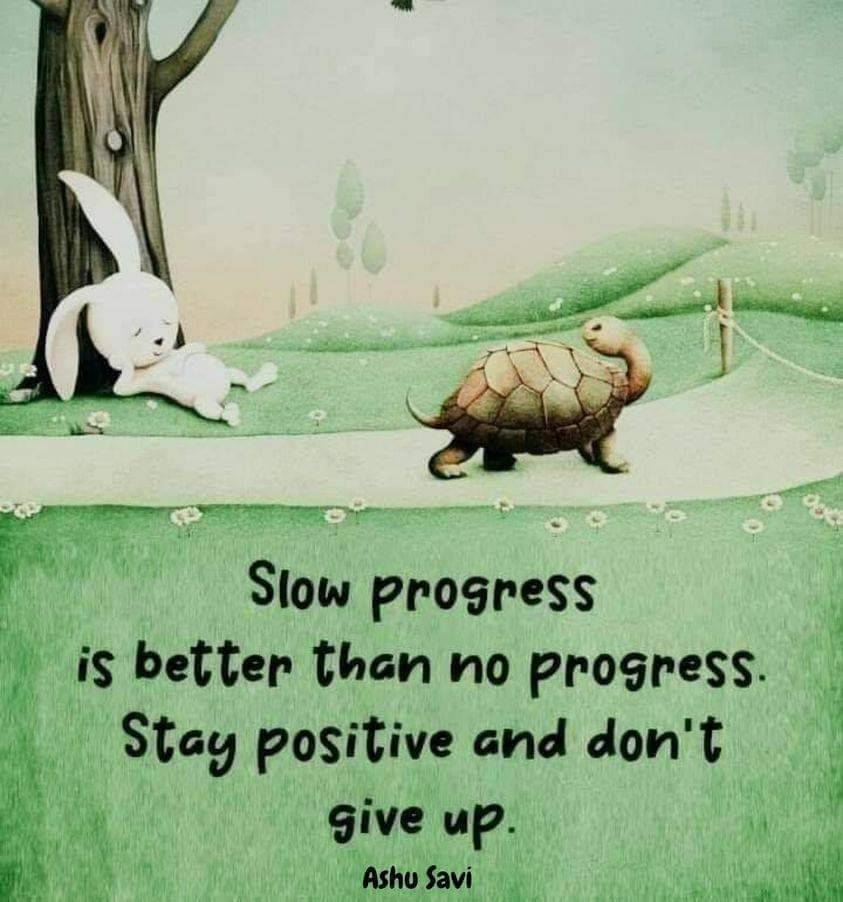 What is one action step you can take today towards your goal?

As Nike Says: Just Do It.

Do you need Continuing Education Units (CEUs) to renew your state license or national certification?

Rec Therapy Today can help you earn all of your Rec Therapy CEUs from the comfort and convenience of your own home or office.