The Power of Vulnerability: A Review of Brené Brown’s (2019) The Call to Courage. New blog entry for Rec Therapists 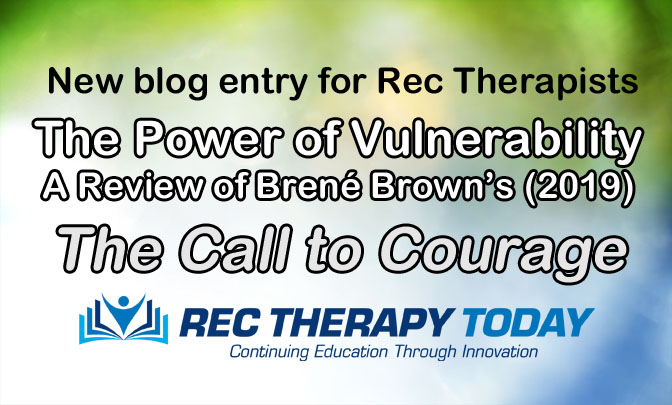 The Power of Vulnerability

Brené Brown is an author who has studied vulnerability, shame, courage, and empathy for 20 years.  Brown is well-known for her TED Talk on Vulnerability. Brown presented “A Call to Courage” in a (2019) Netflix original.

Brown argued that vulnerability isn’t the popular definition of: weakness.

She argues there is no courage without vulnerability. It takes vulnerability to be brave and to dare greatly. 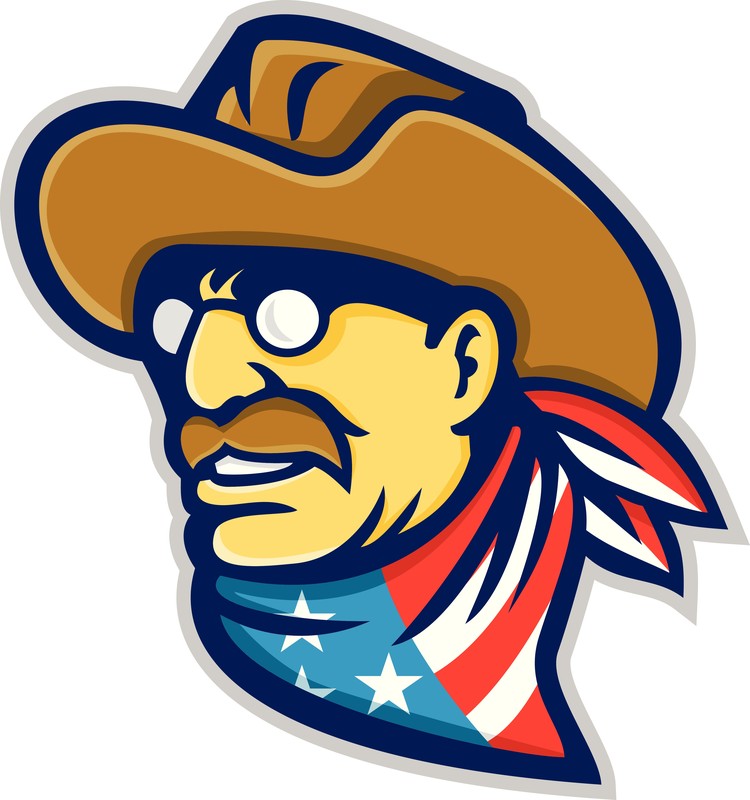 “It is not the critic who counts; not the man who points out how the strong man stumbles, or where the doer of deeds could have done them better. The credit belongs to the man who is actually in the arena, whose face is marred by dust and sweat and blood; who strives valiantly; who errs, who comes short again and again, because there is no effort without error and shortcoming; but who does actually strive to do the deeds; who knows great enthusiasms, the great devotions; who spends himself in a worthy cause; who at the best knows in the end the triumph of high achievement, and who at the worst, if he fails, at least fails while daring greatly.”

Why do people avoid being vulnerable?

Opening up, being brave, daring greatly and taking chances could result in feeling: shame, fear, anxiety, and uncertainty.

Some people are not brave enough to face these feelings.

They avoid the possibility of hurt and pain

It’s easier in the short-term to avoid being vulnerable and courageous. It’s comfortable.

What are the long-term Cons for choosing comfort?

Brown points out it is difficult to be vulnerable, to show up, and take action.

She argues living a life of uncomforted courage is better than getting to the end of your life and looking back with regret for having not shown up.

What are the benefits for being vulnerable?

Being vulnerable allows for people to experience true love, belonging, and joy.

These experiences would not be possible if people are unwilling to do the uncomfortable in order to face the uncertainties of shame and uncertainty in order to feel joy.

These are the types who have gratitude for the good things. They appreciate these things and take time to feel joy.

People are not able to create, innovate, and make changes in the world if they’re not willing to be vulnerable and courageous.

You’re Invited to Choose Courage and to Dare Greatly

Brown suggests living a life worth living and enjoying the ordinary things.

Brown pointed out that people who lost loved ones often point out missing the ordinary things. In example: a couple who lose their child often complained about their child opening up and slamming the screen door. They’d do anything to hear that screen door slam again now that their child is gone.

Choose joy. Do the joyful thing.

Brown argues you’re worth it.

Show up. Get in the arena. Be courageous.